Thesead is a large mining town located in Gavel. Unlike some other Gavel towns such as Olux and Gelibord, Thesead is quite well-off with resources, as it is a mining city and is surrounded by numerous trees and farms. It is the largest city of three in the Canyon of the Lost and an important respawn point for the region. Thesead is located in a valley enclosed with few entrances; no hostile mobs spawn around it. 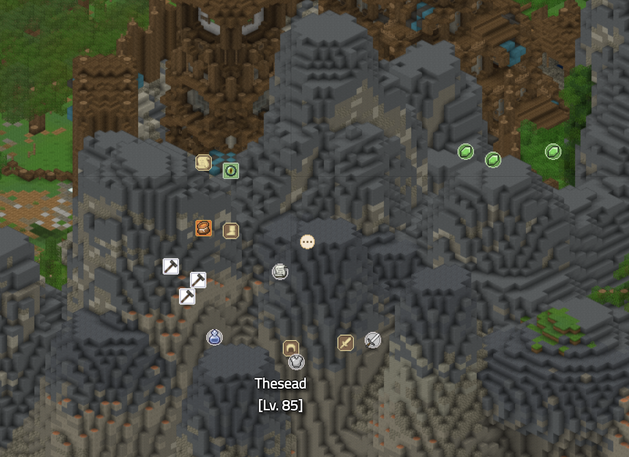