The Sewers of Ragni

The Sewers of Ragni is the first dungeon quest for Wynncraft. It is a medium level 5 quest, and introduces you to a part of Ragni's history during the hordes.

The Ragni military has been requesting help to help clear out sewage from the sewers, but no one is up for the job! Will you be the one to do it? 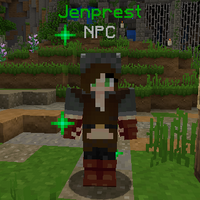 » Explore the sewer and find the blockage.

Avoid the mobs in the tunnel. Part of the way through, you will have to do a short parkour. You will then see a mysterious dark figure run across the sewer, then Jenprest will appear at the end of the path.

» Find a way out of the spooky sewer.

Once you kill the skeleton reaper, right-click the fence with the Reaper's Bone to open the next section of passageway.

NOTE: It has been found that doing this quest at higher levels will make it undoable. You will be teleported into a small 3x3 box to the upper-right of where you would usually be teleported to when entering the Spooky Sewer.

The pillar seems very unstable...
Right-click on the base of the pillar to topple it, creating a parkour path for you to climb up. Once you enter the next chamber, the mysterious dark figure will appear again, then vanish. 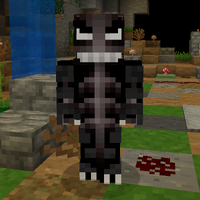 Once the figure disappears, exit the room.


What is this weird sound? It sounds like running water.
The pipe is flooding! Run!
Parkour to the end of the pipe while outrunning the water to progress.

Once Jenprest opens the exit, leave the sewers.
Dialogue: