Selchar is a town located on an island off the shore of Nemract and was added as a part of the "Ocean" update. The city has one bank with many merchants. A Weapon Merchant, an Item Identifier, Blacksmiths, a Treasure Merchant which buys treasures, and a Scroll Merchant can be found. Unfortunately, it doesn't have a Liquid Emerald Merchant or a Powder Master.

The town features three islands connected by two bridges, and speckled with caves on the sides with few chests. It is a great city to use the V.S.S. Seaskipper for quests, and dive in the reef to get some blocks of emeralds. 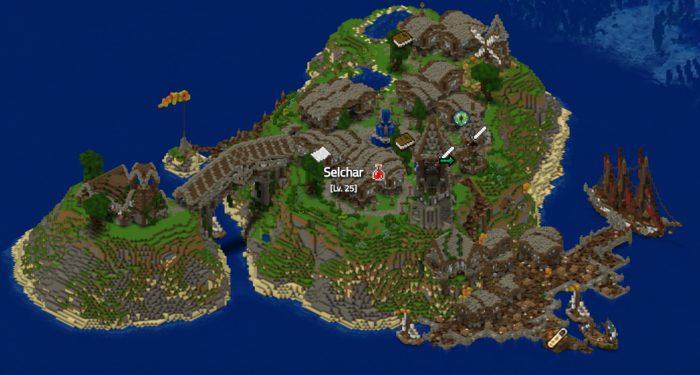