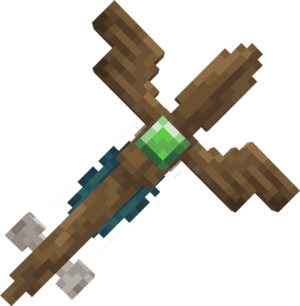 Reliks are weapons used by the Shaman class. Like other weapons, there are different rarities of reliks, and they range in damage and level. Reliks shoot three beams in front of the user; one beam to the left, one in the middle, and one on the right.

Reliks can be obtained in the following ways:

Unidentified reliks have to be identified with emeralds using the Item Identifier before being used. A relik can only be used by shamans and skyseers who meet all the minimum level requirements of it.

Pressing left click while holding a relik can deal melee damage to nearby mobs.

Players can receive identification bonuses from the relik that they are holding.