From Wynncraft Wiki
(Redirected from Quest)
Jump to: navigation, search 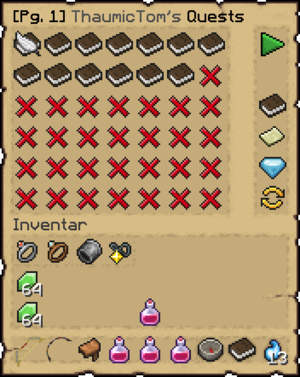 Quests are usually given by Quest NPCs. These NPCs are recognized by their green name tags and light green sparkles floating around them; they can range from normal humans to many types of mobs, items and even inanimate objects such as blocks. They can generally be interacted with by right clicking.

Dungeon quests are needed to be completed in order to gain access to the specific dungeon they correlate with. These quests give the standard reward of combat XP upon completion, as well as a key to the dungeon, which can be used immediately after finishing the quest if one chooses to.

These are quests that were released for a specific holiday associated with it. They are themed to the holiday and are in the game permanently. Players can only get the special reward for a holiday quest in the season which it was released in.

These are quests that are unique compared to others because of the huge amount of time and progression it requires. 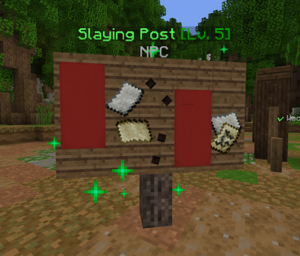