Pit of the Dead

Merloni asks the player to investigate the mysterious Pit of the Dead, that was used as a grave for the miners that did not survive the first attacks of the corrupted.

» Talk to Merloni at the Pit of the Dead. 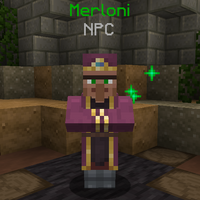 » Explore the pit and find the hidden shrine, then report back to Merloni.