Maex is a small Dwarven town in the Lower Molten Heights that is located to the north-east of its bigger brother city, Rodoroc. The only amenities the town has to offer are a Potion Merchant and Identifier, along with an Accessory Merchant that sells special accessories. 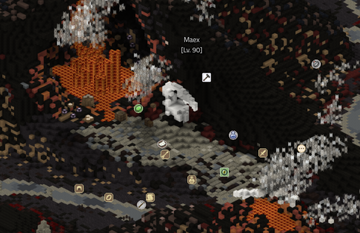