Llevigar is a major city in the Gavel Province as it is the first players encounter upon entering the province. It is a key port and a good place to rest before traveling ahead into the slightly less hospitable plains outside of the city, not to mention a nice place to stay. The city itself has a mirrored design and is incredibly complex, with its upper levels containing numerous towers, spires, and domes, each of which hold numerous rooms full of many more secrets, such as records of various locations across the land and concealed prisons for holding the province's dangerous enemies. It is one of the richer towns in Gavel, far larger and many times grander than its nearest neighbor, the crumbling and aged town of Olux in the swamp. 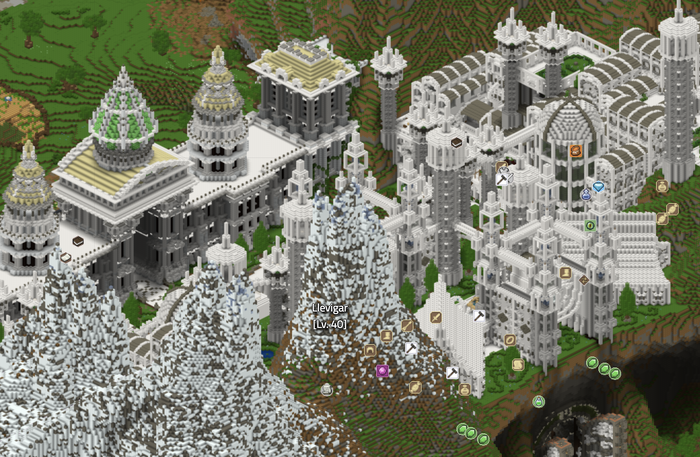