Lexdale is a small, desolate town located in the Kander Forest. It is not a safe place for players to hang around like most other towns in Gavel. It's only current known use is as a checkpoint for the quests in the Kander Forest and explorations around that area. 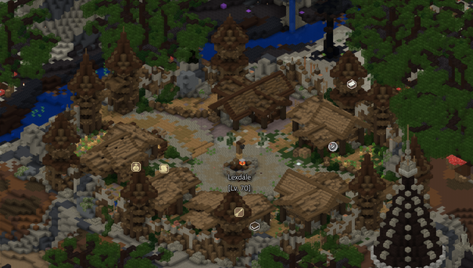