Removed Content
The following page contains information about content that no longer exists in Wynncraft as of update 1.20 and has been archived for historical purposes.

Green Skinned Trouble is a medium level 44 quest residing in the Llevigar Plains.

The Orcs have found a magical fire-imbued axe. With this new powerful tool of destruction, they are burning people's houses and raiding their homes. Piere, who had his house burnt down, asks the player to discover what made the orc's axes so powerful. 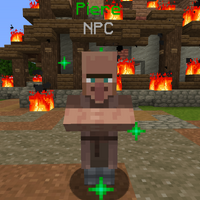 » Report the attack to Detective Jackson. 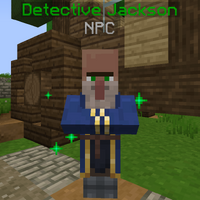 » Enter the hidden camp in the water near Piere's house.
» Travel through the cave until you reach a puzzle.
» Completing it will open a hole in the floor.

» For this stage, there are four paths to parkour along.
» Only one of them is the correct way.
» If you choose the wrong path, you will have to try again.

» Return the Axe of Llevigar to Detective Jackson.