The Corrupted Village is a small town south of Detlas. The inhabitants of the village have gone insane from the effects of having the Nether Portal near the village, however one Villager Lekal, has remained normal, although he had to hide for that exact reason. The village also serves a major role in The Angry Village quest. Level 24 Angry Villagers spawn within the village, and one loot chest is located within the town. The Village is not a very popular grinding spot due to the low amount of experience points received. 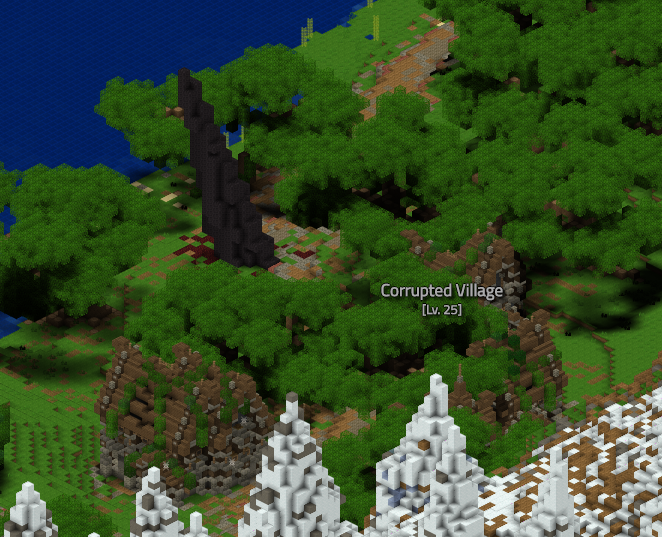