The Clock Mystery is a hidden mystery that serves as a bonus adventure for anyone who seeks a puzzling challenge. Though the mystery is lengthy and elaborate, it rewards in end with the Clock Set. If you wish to find out how to do this yourself you are encouraged to stop reading here.

This section contains all the information you need to find the clocks.

The general location of Llevigar's Broken Clock is above the Llevigar Scroll Merchant/Prison in the highest tower. It is not to be confused with the thin tall towers visible all across town. It is actually in the same building as the Scroll Merchant but is located many floors above it. This clock is one of the hardest to reach.

Quarry's Old Clock is located in the bandit's village below the mansion in Rise of the Quartron. It's location is on the top floor of the house it resides in.

Olux's Dusty Clock is found in a watch tower in Olux. The watch tower itself is located in a large field on the west side of the city. It requires some parkour to reach, so prepare your parkouring skills.

Gelibord's Rusted Clock is located in the Item Identifier's place on the second floor, where it is accessible by a ladder.

Lexdale's Shattered Clock is located in Ceyquin's house and often people find it by doing Eye of the Storm. It is the easiest of all the clocks to find.

A Hobbit's Cracked Clock is located in the hobbit village which is close to Dodegar, the starting NPC of The Ultimate Weapon. It is in a hobbit house which has red clay for the outside.

Aldorei's Defective Clock is located in an NPC's (Daxand's) house for Aldorei's Secret Part I on the upper floor. The NPC is located along the left wall upon first entering the valley from the start of the quest. It should be on the top floor of one of the first houses there. The house is one of the highest in Aldorei Valley.

Cinfras's Busted Clock is located by Cinfras's Northern Gate that goes toward Lexdale. If you are entering through the gate, it would be in a stable sort of area to your right. It would be left if you are leaving the city. The clock is accessible by stairs inside of the building. 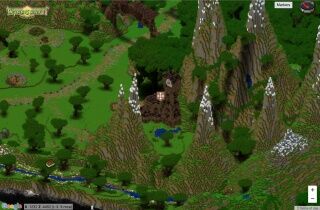 The Clock Dungeon is located underneath a tower with a giant clock on the top, which can be seen in the image above. It is close to the starting NPC for the quest From the Mountains. In order to gain access to the dungeon, you have to complete a parkour around the clock itself. Said parkour starts at the south side of the tower. When you completed the parkour, press the button where the hands meet on the western clock. This will open a 2x1 door through the dial.

To defeat the dungeon the player must fight 8 different bosses, each requiring a specific clock from varying parts of the Gavel Province.

The Tokens to fight Kronos are dropped off of each mob before him. In order to Kronos' boss room, simply drop Cinfras's Busted Clock and the 7 other tokens directly onto the pressure plate.

Even though there is no minimum suggested level for 'Clock Mystery'. The highest level mob you will face is level 80.

A well equiped level 70 with lots of potions could probably succeed.

Kronos can be killed multiple times by waiting for him to respawn, allowing a player to get more than one Golden Clock without having to get all the broken clocks again.

For information on the golden clock, visit the Clock Merchant page to figure out how to spend your golden clock.