Removed Content
The following page contains information about content that no longer exists in Wynncraft as of update 1.20 and has been archived for historical purposes.

Clearing the Camps is a short level 42 quest centered in Llevigar.

Currently, the orc population is too high. The orcs are causing the city of Llevigar major problems. In order to control their population, the player is asked to defeat their leaders, by request of Captain Kymer. To provide evidence, you are asked to bring each head of its respective owner back to Captain Kymer. 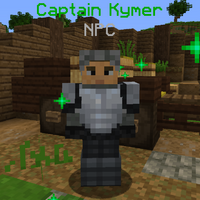 » Report back to Captain Kymer once you have the three heads.