Cinfras is the central hub of Gavel. It is home to the Armour and Weapon Merchants, a Powder Master, and the King's Merchant. It also houses the Cinfras Bank (including Emerald Merchants and a Liquid Emerald Merchant). 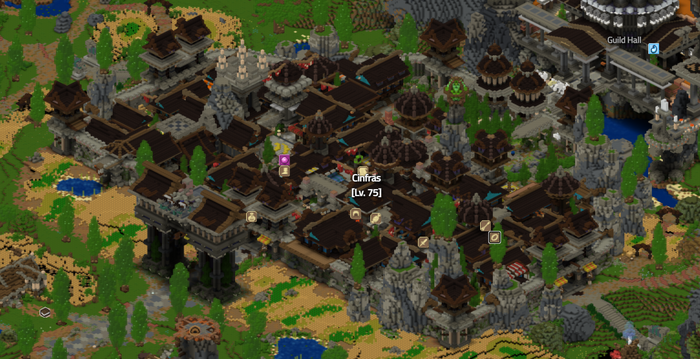 In the Letvus Airbase lies the airship which can be used for quick travel between Detlas and Cinfras. You must have completed the quest Flight in Distress in order to gain access to fast travel between the two cities.

The Southwest Block contains 4 orange teleporters, named "The Juggler's Tavern", which can be used for quick travel to (but not from) Aldorei, Thesead, Rodoroc, and Ahmsord.