Bucie is a small farming village located in Llevigar Plains. Besides being the location in which the quest An Iron Heart Part I is started, the town also has an Accessory Merchant and a Horse Merchant. Similar to Ternaves of the Wynn Province, Bucie has its own stables and blacksmith. 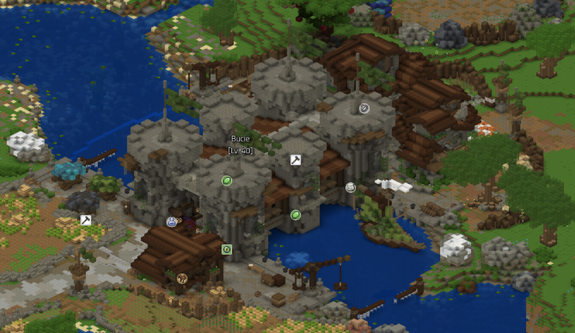